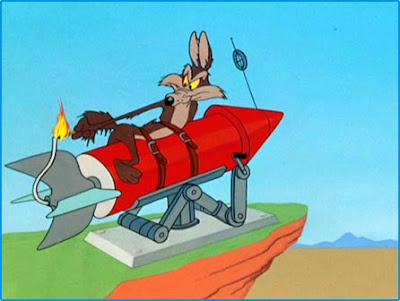 “If you know neither the enemy nor yourself, you will succumb in every battle.” -- Sun Tzu

The New York Times reports that those wily guerillas in Afghanistan are throwing a curve ball at us. They’re fighting back, the so-and-sos, and it sounds like they know how to do it. “In Iraq, they hit you and run,” says one Marine who served three combat tours in Iraq’s deadly Anbar Province. “But these guys stick around and maneuver on you.”

“One force will put enough fire down so you have to keep your heads down, then another force will maneuver around to your side to try to kill you,” says another Marine. “That’s the same thing we do.”

We should have known we were up against a savvy enemy when, in June 2005, they set a trap for one of our helicopters and shot it down, killing 16 U.S. troops on board. The helicopter was flying in to rescue a reconnaissance team that was missing in mountainous terrain. The Afghan fighters had seen both the Soviets and us conduct this type of operation many times. There are only so many suitable landing zones in mountains. You don’t need radios or cell phones or even smoke signals to coordinate this type of ambush. All you have to do is put a couple of guys with shoulder-fired surface-to-air missiles at the landing zones and tell them to wait for a helicopter to show up. It’s telling that the brass in charge of our forces didn’t realize the Afghan fighters would be smart enough to work out a tactic that simple.

In early July the Marines mounted an offensive in Afghanistan’s Helmand Province, and encountered less resistance than they anticipated. It’s clear to the Marines, the Times notes, “that Taliban fighters made a calculated decision: to retreat and regroup to fight where and when they choose.” In this regard too, the Taliban display superior intelligence to our senior military and civilian national security leadership.

"In war,” Sun Tzu admonished, “the victorious strategist only seeks battle after the victory has been won, whereas he who is destined to defeat first fights and afterwards looks for victory."

Fighting first and groping for victory second is precisely what we did in Iraq. Regardless of what Choosing Victory: A Plan for Success in Iraq author Fred Kagan and the rest of the surge strategy architects would have you think, we’ll never realize anything remotely resembling victory or success in Iraq. The Pentagon announced that it pulled our troops out of Iraqi cities by the June 30 deadline, but it lied (the Pentagon has acquired a habit of lying like the Israelis, who lie like other people blink). U.S. patrols are still entering Iraqi cities, and the Iraqi’s are hopping mad about it, insisting that they be accompanied by Iraqi troops. Be very skeptical of the idea that all of our troops will be out of Iraq by December 2011.

You might think that our leadership learned something from the Iraq example, but it didn’t. Obama went along with the Bananastan surge even though none of the military’s top brass—including defense secretary Robert Gates and his Joint Chiefs of Staff—could tell him what they intended to do with the extra troops or describe what they saw as an end state.

National Security Adviser James Jones and his White House war wonks—whom journalist Robert Dreyfuss laughably referred to as “Obama’s chess masters”—cooked up a Bananastan strategy that is nothing shy of hallucinatory. We’ll never realize its primary goals of creating stable governments and effective security forces in Afghanistan and Pakistan, and we can’t disrupt “terrorist networks in Afghanistan and especially Pakistan to degrade any ability they have to plan and launch international terrorist attacks.” Modern terrorists don’t need sanctuary in the Bananastans or anywhere else to plan and launch their attacks. All they need is an iPhone. Heck, they can get by with a BlackBerry.

The tiddlywinks champs at Hillary Clinton’s State Department are even more delusional. They want to create a Civilian Response Corps (CRC) to help Gates’s troops fight in the Bananastans. It’s bad enough that the country that spends more on its military than the rest of the world combined has to hire mercenaries like Blackwater to fight its wars. Now, according to warmongery spokesmodel and dumbest freaking guy on the planet Doug Feith, we need to “line up civilians with expertise in water systems, police training, road-building, judicial administration, and other relevant fields and prepare them for deployment abroad.” Doug and the rest of the booger eaters behind the CRC initiative must have forgotten that we already have civilians with expertise in civil affairs lined up for deployment overseas; they’re in the reserves and the National Guard. Sure, it would be nice to send the LAPD overseas to keep the peace in Kabul and Islamabad, but then who would keep the peace in Los Angeles? The Lakers? Heh, they’d probably be deployed as well, giving jump-shot clinics to Afghan schoolgirls.

Mr. Obama is allowing the warmongery to steer him into a course of action that will make America the latest superpower to impale itself on the far side of the Khyber Pass. In 1978 Zbigniew Brzezinski, Jimmy Carter’s National Security Adviser, manipulated events in a way that turned Afghanistan into the Soviet Union’s Vietnam. “The West should not repeat the mistakes that the Soviets made,” he now says. “We are now running the risk of unintentionally duplicating what the Soviets were doing.”

Sun Tzu noted, “No nation ever profited from a long war.” A headline banner at the Department of Defense web site reads, “The United States is a Nation Engaged in What Will be a Long War.”

See you in the next new world order. Let’s have lunch. Maybe China will loan us the price of a couple of Happy Meals.